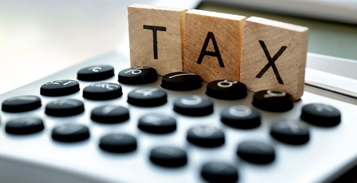 • FBR keeps drafts of proposed laws/amendments “secret”, never making them public and commits blunders when the same are promulgated as Ordinances by President of Pakistan and even passed by National Assembly that passes Money Bills after comments from Senate!

• In the present case, blame is equally to be shared by SBP, Law Ministry and Cabinet as a whole. This shows either casual attitude or extreme incompetence, or both! In democracies such vital laws are debated in public, experts give their inputs and all stakeholders are consulted. However, it is shocking that institutions like FBR, SBP and Ministry of Law, even after Article 19A of the Constitution providing unfettered right to information assuring participatory democracy, think “secrecy” is their fundamental right and parliamentarians and others show apathy, rather than punishing offenders who do not share even draft laws meant for public. After this they complain about absence of rule of law in society.

• Another bigger gaffe is imposing 1% tax final tax on purchase of immovable property by NRPs in lieu of capital gain under section 37 of the ITO, 2001. It is adjustable for residents. Is it an incentive or punishment for investing in Pakistan? How purchase (investment) in immovable property can be considered as “gain”? The genius of FBR in drafting the Ordinance, endorsement by SBP, Law Ministry and signature by President have made us a laughing stock as many who wanted to invest ask: “What kind of law is this?” This is not a drafting error, it shows pathetic understanding of law by FBR, SBP and others, even lack of common sense that gain or loss always takes place in the hands of seller of immovable property and not purchasers.

• The NRPs will also pay 1% on gross value of sale/disposal of immovable property in lieu of “capital gains” [section 37 of ITO 2001] even in case of loss or where tax is less than 1% under the normal tax rates. They could have given them an option to claim it as adjustable or final, whichever is more beneficial. Filing of tax returns should also be optional as many from the USA, Canada, the EU and other countries where income taxation is to pay tax on even Pakistan-source income and take benefit of Avoidance of Double Taxation with Pakistan, wherever applicable.

• The amended clause (78), Part I, Second Schedule to ITO 2001 exempts from tax “any profit on debt derived from foreign currency accounts held with authorised banks in Pakistan, or certificate of investment issued by investment banks in accordance with Foreign Currency Accounts Scheme introduced by the State Bank of Pakistan, non-resident individuals, non-resident association of persons and non-resident companies [there is a typographical error in the version variable at the website of FBR as “non” appears as “no”. It may be corrected in gazette notification]. Same exemption under clause (79) Part I, Second Schedule to ITO 2001 is extended to “profit on debt derived from a rupee account held with a scheduled bank in Pakistan by a non-resident individual holding a Pakistan Origin Card (POC) or National ID Card for Overseas Pakistanis (NICOP) or Computerized National ID Card (CNIC)], where the deposits in the said account are made exclusively from foreign exchange remitted into the said account.

Dating between males is likewise feasible on Eye-catching World! If you are looking for a serious gay encounter with a man, take advantage of a reassuring setting to establish new relationships that may lead you to love with a capital …

The favourite sites are weakened for people who like additional excessive movies containing hard core gay sexual intercourse, so we’ve split up a assortment with the very best of this type. Is it possible to picture how tough existence was …